I’m starting set of posts describing Jive + Tango dancing on this site. I’m basing these posts on a lot of experience (let’s just say “decades” and leave it at that) of dancing Modern Jive, and a reasonable amount of experience dancing and teaching Argentine Tango. I’m not an expert, but I’m not just guessing.

Let’s start with the basics.

What is Tango? What is Modern Jive?

Argentine Tango is a predominantly close-embrace walking dance, with progression anti-clockwise around the room (“the ronda”), with a small number of key steps (walk, pause, pivot), and a large number of combinations based on these key steps. For example, ochos are sets of walks + pivots. 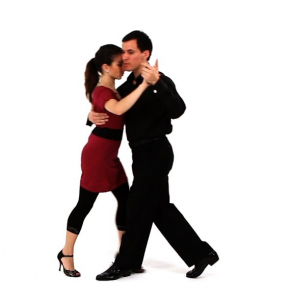 Modern Jive is a predominantly open-embrace stationary / rotational dance, mostly staying in the same area, with a large number of structured patterns based on a set of in-and-out motions (tension and compression). 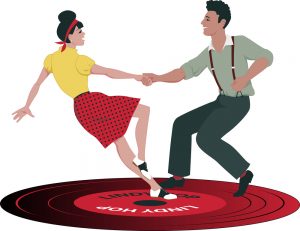 Modern Jive music is typically pop-based, with a wide variation but with tempo normally around 110bpm – 140bpm.

What are the differences / similarities?

Full disclosure: there’s not a lot of overlap. The key characteristics above mean that there are fundamental differences between the two. And that’s not even starting to describe embrace / posture variations. It’s like saying “what are the similarities between sushi and pizza?” – well, errr, they’re both food…

That also makes any “fusion” difficult – but I’ll describe that in a separate post.

Or, to misquote the first and best Robocop movie, “Good dancing is where you find it”. It’s completely fine to enjoy both pizza and sushi. And it’s completely possible to be proficient in both Tango and Modern Jive dancing.

For both Tango and Jive, we have a variety of dance “styles”, you can think of these as accents in a language. All dancers develop their own styles. Good dancers can adopt multiple styles for different types of music – in Tango, Milonga and Vals, in Modern Jive, Latin, Blues, or Swing-flavoured tracks.

So it’s reasonable to (for example) adopt a “Tango accent” with your Modern Jive dancing. With the caveat that this is limited – again, I’ll discuss fusion in a later article.